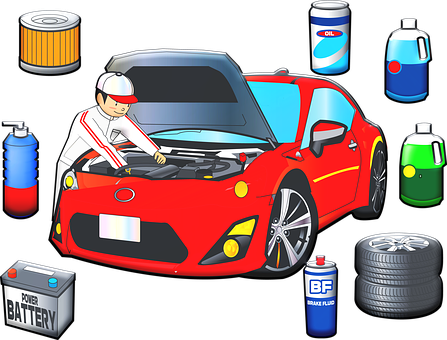 The most strenuous season for car owners is the winter season. The drop in temperatures can seize a car’s engine, negatively impacting its performance—leading to expensive repairs. There are times when people might need to scrap their cars entirely, but there is a solution to avoid this – Antifreeze and Coolant.

Many think that antifreeze and coolant are the same, but are they really?

Antifreeze is an Ethylene Glycol based liquid that is difficult to boil or freeze, commonly used to decrease the freezing point of the fluid that flows in the engine of the vehicle. It prevents the liquid from freezing during the decreasing temperatures of the winter. Apart from this, it can also halt raising the fluid’s boiling point, so it doesn’t evaporate. It also keeps the engine’s internal parts lubricated and running smoothly.

Engine Coolant/Radiator Coolant is formed when an antifreeze and distilled water are mixed. It is more of a diluted version of an Antifreeze. It is usually a half and half, i.e., 50:50 concentration of water, and a concentrated variant, i.e., antifreeze. However, some can be made up from more water – 70:30 water and antifreeze split up. The 70:30 split-ups are usually designed to help with corrosion and are a little expensive compared to the 50:50 ratio. Most engine coolants in USA are made with a 70:30 ratio of water and antifreeze.

The two most common colors of antifreeze are Green and Orange. The orange antifreeze represents “extended life” as it lasts longer than the green antifreeze because of its different types of Corrosion inhibitors. Therefore, the antifreeze with the most long-term effect is the orange one.

The colors of Engine Coolant can vary from Green to Blue to Pink. However, the same shade of Antifreeze and Coolant color green can cause confusion.

Is antifreeze the same as coolant?

Although there are two different colors of antifreeze, neither type is the same as the coolant. They should be mixed with water, preferably distilled water, to produce coolant. Distilled water differentiates between an Antifreeze and an Engine Coolant by turning an antifreeze into a coolant to effectively perform its tasks: preventing overheating and freezing of fluids and liquids within a vehicle’s engine.

Can Antifreeze Go Directly into The Engine Coolant?

Once mixed with distilled water, you can pour antifreeze into the same place as the Engine Coolant. It will then go around the engine and mix with your coolant to ensure that the fluids do not freeze.

How is Driving with Low Coolant Levels Risky?

One must check their Coolant Level frequently or routinely and top it off if necessary since the cars’ engines can overheat and become severely damaged if the level drops extremely low. However, the car’s cooling system is designed to keep the engine from overheating by flowing coolants through the radiator.

One should take immediate action if one notices anything of this sort.

Although both coolant and antifreeze can offer the same function, whether you purchase the concentrated or the pre-mixed variant is just the case.